The Next Big Thing – I answer ten questions

The Next Big Thing is a chain blog where writers answer ten questions about their writing, then tag other writers to do the same. I was tagged by Bec Jessen, author of Gap, and winner of the State Library of Queensland Young Writers’ Award for 2012.

What is the title of your current book?


Where did the idea come from?

I wanted a title that would give readers a clue to the book’s contents. In nearly all gothic novels the house is crucial to the narrative, and when I thought of all the gothic novels I’d ever read, Sargasso jumped out at me and seemed an appropriate title for both the house and the book, especially since it is a beach house. The title works on a number of levels: as a reference to Wide Sargasso Sea by Jean Rhys, which charts the early life of the first (mad) Mrs Rochester from Charlotte Bronte’s Jane Eyre; and as a reference to the mysterious Bermuda Triangle which is in the Sargasso Sea of the North Atlantic Ocean. Also, Sargasso is a strange looking and sounding word, one I hoped would stick in readers’ minds. 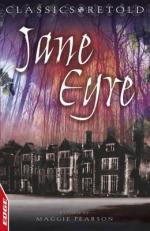 What genre does your book fall under?


What actors would you choose to play the part of your characters in a movie rendition?

Not saying. A sore point (see my Lost in Translation blog). Movies made from books never fulfil my expectations; the characters usually aren't as I’ve envisioned them. There are exceptions to the rule, and I have some thoughts on this, but I’d prefer not to influence readers.


What is the one sentence synopsis of your book?

Many children have imaginary friends, but none like Flint who re-enters Hannah’s life when they are both grown up, forcing her to make a terrible decision.


Will your book by self-published or represented by an agency?

I’ve been down the self-publishing road before, and this time I am hanging out for the real thing. Hopefully, I will be represented by an agency, but this is not crucial.


How long did it take you to write the first draft?

It took me a year, but having said that I’m coming to realise that I don’t write first drafts and then second drafts and so on. I like to get each part of the story almost perfect before I go on, so that when I reach the end there generally isn’t a mass of redrafting to be done. It’s just the way I work.


What other books would you compare this story to within your genre?

Wuthering Heights comes to mind for various reasons, one being the fact that the protagonists are childhood friends, but my story is contemporary and written in first person and, believe me, it feels completely inappropriate to be comparing my narrative to such a famous classic. Another, more down to earth, novel might be Chloe Hooper's The Engagement.


Who or what inspired you to write this book?

My tutor, the wonderful Lee McGowan, at Queensland University of Technology. I started Sargasso as part of an assignment in a unit called Novel & Genre when I was completing my creative writing degree. Lee came in one day and said he wanted us to stretch ourselves and create a character that we never normally used, and put that character into various genres, such as western, gothic, horror. I’d never written in a little girl’s voice before and I thought it might be interesting to try. Sargasso evolved from that.


What else about the book might pique the reader’s interest?

Sargasso is a bit of a mystery. And it’s set in the heat and sun of an Australian summer, subverting the usual dark and brooding settings of well-known European gothic novels.

*I’ve tagged two other emerging writers to continue the good work of this chain blog and it gives me great pleasure to introduce Andrea Baldwin and Samuel Maguire.

Andrea, a fully qualified psychologist, is pursuing her dream and completing a PhD at QUT in creative writing. She is working on two novels at once – a YA fiction called Still Water, and a contemporary adult fiction called The Child Pose. The two novels cover the same events from two different female perspectives: 16 year old Storm and 40 year old Susan. The setting will make you wish you lived there…

Sam is an Ipswich based freelance writer. He has been published in various literary journals and currently captains the book club for Stilts, as well as coming up with fantasy monsters for the blog beastchorus.com. He is currently working on a novel called The Adventures of Helmuth.

If you are keen to be tagged by either of these emerging writers and join in the fun, please let me know.