I never intended for this blog to be a place to review books, but every now and then a book comes along that I feel compelled to mention.

Today this book is Passage by Connie Willis.  Published in 2001*, I have seen it described as sci-fi, but in my opinion it’s speculative fiction. What happens if... It covers a topic which will affect each and every one of us at some point in our lives: dying. It’s not so much about dying, or about grief. What it’s about is that time immediately before we die, and what happens in that space of time. Near-death experiences. Or NDEs, which, apparently, are remarkably similar the world over.  The feeling of being in a tunnel, of undertaking a journey, white light etc.

But what if you had the opportunity to experience more than one NDE, and instead of hovering in the tunnel waiting to see what was going to happen next, you went down that tunnel and stepped beyond the light?

The protagonist of Passage, Dr Joanna Lander, a psychologist at Mercy General Hospital, does precisely that and what she finds beyond the tunnel is... Well, you didn’t really think I was going to tell you, did you?  Let me just say that the premise of Passage is compelling. I take my hat off to the writer because it’s an incredibly well-structured and planned narrative. It abounds in metaphors and in literary quotations and references. The characters are convincing and credible, and it’s very moving. Distressing, in fact.  I think I cried so much because I was convinced that Joanna had discovered what happens when we die. I had to remind myself that it was only fiction. Nobody knows. Nobody has returned from the dead to tell us.

I have two criticisms, which is a shame because otherwise this novel would be on my Top Ten List. One is that at 594 pages it was too long, and it didn’t need to be. We could have lost 100 or so pages and it wouldn’t have changed anything.  The other is, who is Connie Willis? And why had I never heard of her before?  That’s rectified now, but I thought it was sad that I almost missed out on her work.

*How did I stumble upon this book so late in the piece?  I was Googling another very famous writer, and I came across her list of Top Ten Reads, and Passage was at number ten.  I could not put this book down, was what she said. 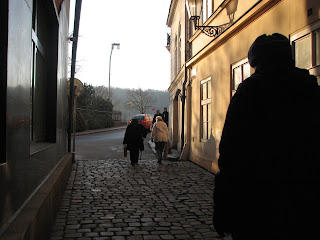