Ever noticed how many words starting with f can be connected to sex?

In my previous post I intended to blog about the difficulty I was having writing sex/love scenes, particularly from the first person POV. I also mentioned that I thought the problem lay in the fact that I was too old to be getting hot under the collar. For all you pedants out there that was, of course, the wrong metaphor, but in my opinion it worked well to indicate arousal.

Since that post I’ve written another sex/love scene and I’ve had time to reflect further on the writing of them, and I can tell you one thing: it gets easier. I didn’t think I’d ever be saying that. What doesn’t get any easier is thinking up new ways to describe arousal. My own guideline here is keep it simple, tell it like it is rather than use flowery language. The other thing I've noticed is that I avoid naming the genitalia; I don't know whether this is a good thing or a bad thing.

I think you can guess from the above that I’m not one for sex in novels. Generally I prefer novels without them. I’m coy, I suppose. Old-fashioned. But sometimes a novel has to have intimacy because you can’t imagine the characters not having sex.  Wuthering Heights published in 1847 is an example of this.

In addition, sex helps the reader to better understand the depth of feeling between characters (see WH again). Often you can get away with this by implying that they had sex without giving any particulars, as in:  She holds out her hand to him and he takes it without hesitation, and she gently tugs him into the room. End of story. Or chapter.

(Small bit of advice. Be wary of writing: She holds out her hand to him, gently tugs him into the room, and closes the door. This makes your reader feel shut out, excluded, as if the writer is in on the sex act but has elected not to share it with the reader. By leaving the door open, so to speak, you allow the reader to imagine their own version of the act, if that’s what they wish. It’s up to the reader. But this way you give them a choice.)

Although I haven’t set my work-in-progress in a specific time frame, I mention mobile phones, so it's set within the previous twenty years or so and you therefore can't imagine the characters not having sex. And because I was a reluctant voyeur I asked my good friend, Andrea, for her opinion. She told me to play it by ear, to see how it felt when I was at the point where sex would come in to the narrative. If it felt right to be including it, I should write it. If it felt forced or awkward, then I should leave it out.

Regardless of how difficult it’s been to get it down on paper and of my own (coy) opinion, I can report that the sex feels right, that I would be shirking my writerly duty if I did not include it. So there.

Two things have occurred to me here, why do I feel I have to justify myself? And does this have anything to do with the success of E.L. James’ Fifty Shades of Grey? Discuss.

Just for the record here’s a list of words starting with f that can be connected to sex: flushed, flesh, flirt, floozy, fornicate, foreskin, flux, frenetic, Freudian, frigid, frisson, fulfil, fruity, froth, full-frontal, fumble, fusion, frenzy, faggot, familiarity, femme fatale, fanny, fertile – who would have thought there’d be so many?  (And yes I haven’t mentioned the familiar f word. Some things need to be left to your imagination. ) 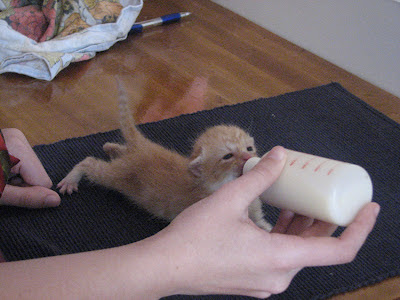 I was ashamed of myself.
Posted by K W George at 11:11 No comments: