He ain't heavy, he's my brother


Brothers come in all shapes, sizes and ages, and most of us have one. A writing friend of mine, Bec Jessen, has posted a thought-provoking piece about her brother, which you can read here. 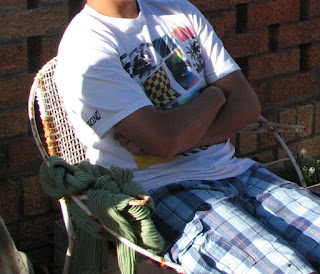 It got me thinking about my own brother, who’s three years older than I am. We don’t talk much. We never have. He lives in South Africa and I live in Australia, and if we don't talk unless there's an issue with our elderly parents.

It’s taken me a number of years to come to terms with the fact that my brother and I will never be close. But unless the sky falls in I don’t see that happening. 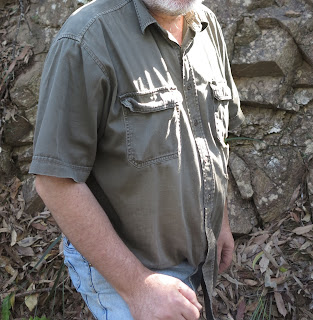 A while back I wrote a short story that’s part autobiographical/part fiction. It's about the death of my aunt (true story) and my brother features in it.

We drive both hire cars back to my parents’ house. It’s night now and raining in Cape Town and I let him take the lead, but the road out of the airport is all over the place because of preparation for the Soccer World Cup. When he takes a wrong turn I am gleeful.
We finally turn up to find anybody who is somehow related is at my parents’ home. It’s almost festive. But when I reach out for my mother, her chest convulses and her face turns wet with tears. To find her not insisting on my brother and me consuming a second dinner is an indication of her distress. Someone makes a pot of tea. All I want is a slug of warm whisky swigged straight from the bottle, the way Tom taught me. I tell them about the Clem tunnel and how close the project is to being finished and how Tom could not get away, but not that he broke down and wept when I relayed the news. My aunt, feisty and lovable, was his favourite amongst his in-laws. They met long before the parental board inspection and instantly disliked each other, strange as that may seem now.
And then we talk about what happened. It has to be said. Some of us don’t know all the details. A warm, windless Saturday afternoon. A leafy suburb. A lady with white, springy curls who used a stick for walking. We talk about how my aunt always left the side-door ajar for the dogs, refusing to be dictated to by crime statistics. About how the police are calling her “the local Mother Theresa” since everybody they interview tells them that she never turned anyone begging for food away from the gate. About the blanket covering the body. The smudged fingerprints. The missing handbag.
In the lull my mother says, “We’d like you to do the eulogy.” Lack of sleep is catching up on me, and when I finally turn to look at my brother he’s looking at me. They’re all looking at me.
“Me?” I say.
“Yes, you,” my father says. “You’re the one who has some experience with words.”

As I wander through my aunt’s garden the next day, I realise that I can’t tell Tom and my aunt’s story at the funeral. It’s Tom’s anecdote, not mine.
I sit down under the shady ancient oak tree and turf the blank A4 pad and pen on to the grass. I slip off my sandals and let the grass tickle my bare feet. My aunt’s dogs are still at the house. Silky black and white border collies, with tails like small palm fronds, they are clearly traumatised by the absence of their mistress and the comings and goings of various strangers. Sparrow lies quivering at my feet while Jack trots from the front door to the front hedge and back again. Somebody’s feeding them until arrangements are made to return them to the dog shelter. My aunt loved animals. A tame squirrel lives in the tree above my head; every evening a robin waits on the kitchen windowsill for cheese.
Inside the house is chaos. My mother has inherited the house and its contents and, together with my second cousins who’ve journeyed from England, she is trying to sort out what she wants to keep, give away or sell. I’ve got my eye on a large, black elephant made out of mahogany which Tom always loved. He’d stroke its head when he came to visit and say, “G’day, mate”, and in return my aunt would retort, “Where’s yer jumper?” and they’d both grin and look fondly at one another.
My best memories of my aunt are all connected with Tom.
My brother comes out of the house, stands on the patio and gazes at me. In response I waggle my fingers. He takes a minute to decide to cross the expanse of lawn, and I wonder what gem of information he is bringing me.
Hands behind his back, he does a wide circuit of the oak tree; he detours to the hedge and paces its length. Not once, but twice. And then he does another circuit of the tree. With an air of mild curiosity. With Jack at his heels. Feet apart, he finally halts in front of me. His shoes are brown leather, tightly laced.
“The elephant’s got Tom’s name underneath it.”
“What?” I say.
“Everything’s got a name underneath it. Well, nearly everything.”
“Good grief,” I say. In hindsight, a really stupid phrase. There is nothing good about grief.
After a minute he dips his head to the notepad at my feet and says, “Having trouble?”
Reluctantly, I admit that, yes, I am having trouble.
“Do you remember,” he says, “when we were kids and Auntie took us up Table Mountain in the cable car? It was that holiday when mom and dad let us fly down together. I was about thirteen, so you must have been ten.”
“And?” I say.
“We took boerewors and she let us make a fire on the mountain – absolutely verboten today of course but that was then – and we held the sausages over the fire on sticks –”
“And they were burnt on the outside and raw in middle and no sausage has tasted quite so good ever since,” I finish.
My brother raises himself on his toes, the way he did in the airport.
“But that’s so trite,” I say.
“Trite is good,” he says. “We’re not interested in magnificent occasions here, in Auntie meeting the Queen –”
“Did she?”
“She went to England often enough I wouldn’t put it past her. They want to know about the small things, the things that mattered, to you, and to me.”
“What mattered to you?” I say quietly.
He takes out a handkerchief and blows his nose. I pick up the A4 pad and crease the edge of the paper into a triangle. There’s a loud crash and tinkling from inside the house and we both look up. Jack darts off to investigate, his nails clicking across the patio.
“At the rock pools, once, in Fish Hoek. I must have been about six. She showed me how a sea anemone works. How, if I gently pushed my finger into the middle it closed its soft, fat fingers around mine, and held me. Tightly.” His laugh is strained and tinged with sadness. “I was terrified,” he says. “But it was like a finger hug.”

I stand at the lectern with blurred vision and a tremble in my voice. The congregation before me is vast and ripples like an ocean. For years my aunt was the headmistress of the local primary school and the majority of the mourners are teachers and past students. The family pew comprises a handful of people, including my aunt’s maid, her broad brown shoulders shaking with silent grief.
When I give the eulogy, the anecdote I relate is my own. It concerns a Rudyard Kipling piece called The Sing-Song of Old Man Kangaroo which was one of my aunt’s favourites. She knew whole verses off by heart and would often recite them to us as children, waiting for me to come in with, “Off ran Dingo – Yellow-Dog Dingo – always hungry, grinning like a coal-scuttle.” Then, unrehearsed and inexplicably, I launch into my brother’s story about the sea anemone. It’s hardly a story, just a memory of one day in a lifetime of days: the tang of the sea air, the gaudy colour of my aunt’s dress – she loved bright colours - and the warmth of her arms around my brother.
Somehow, I find my place in the pew, and we sing the Eleanor Farjeon song Morning has Broken, which I’ve always wrongly attributed to Cat Stevens. It’s funny how you can carry around the wrong information about a person for years...
I’d like to say that sunlight falls through the stained glass windows on to the coffin, but nothing of the kind happens. Outside, it is an ordinary day. A little windy, perhaps. The South Easter is getting up and the seagulls wheel in the air above us, mewling softly.
We are walking out of the church – the same church where my parents were married, and where Tom and I took our vows – when I see my brother is just ahead of me. Together with my father he’s supporting my mother. And I call out to them, and reach for my brother’s outstretched hand.