Literary v mainstream fiction. How to tell the difference


In my blog last year on The Light between Oceans I said it was a difficult novel to categorise because it starts out as literary fiction but turns into mainstream. My writing friend, Andrea, has asked me to explain how I differentiate between the two, and how I know when a novel is “literary”. This is a good question, and I’ve spent a while forming a response. I’ve spent a while because I want an answer not peppered with erudite terms but easily understood by anybody with an interest in reading. The converse of this is that I’m worried I've been simplistic. Ho-hum. I’ve giving it a shot, anyway. 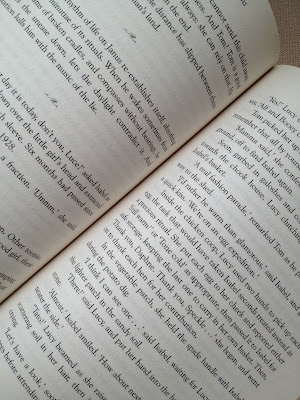 You don’t need to be familiar with The Light between Oceans for me to explain it. There’s a short sentence in Chapter 1 (on pg 16 in my Vintage copy for those who want to look it up) that follows a description of Tom’s war time experiences. There’s talk of men losing limbs, etc, but Tom is still a whole man, undamaged by gas or shrapnel. I quote: But he’s scarred all the same, having to live in the same skin as the man who did the things that needed to be done back then. He carries that other shadow, which is cast inward.
Everything up until this point has been written in clear English, straightforward and easy to grasp. But this last line is an abstract phrase. He carries that other shadow, which is cast inward. You have to think about it. What does it mean? What shadow? Shadows fall outside our bodies, why is this one cast inwards?

To break it down the author could have said, “Tom has been psychologically damaged by the war, and doesn’t like to talk about it”, because this is the gist of what’s being said. Instead a metaphor is used – the shadow represents the darkness of the psychological damage inside Tom – and a phrase is created, using old-fashioned words such as cast and inward, which give it a certain poetry and make it short and sweet at the same time. Nine words as opposed to a possible 15. You can delve deeper if you want. Why is it that other shadow, when the word another would have sufficed? He carries another shadow…It’s possible that other is used as a reference to the works of the literary theorist Edward Said and the psychoanalyst Jacques Lacan, which open up yet more trains of thought – but I won’t go there today.

As I’ve said this is a simple example, using a metaphor and a bit of poetry, but you get the idea. It’s a phrase concealing so much more than its basic meaning.

I don’t go out of my way to look for something like this in a novel, but if I find a phrase that makes me stop and think, then I tend to be more aware of what I’m reading and on the lookout and as a consequence I start finding other things, other techniques, references, which make me decide that it’s literary fiction and not mainstream. Mainstream is when you don’t discover these things. There’s no hidden meaning. You read for the story, the characters, the plot and the suspense. 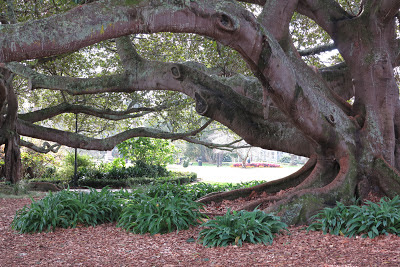 In the case of The Light between Oceans some literary techniques were on display at the beginning of the novel, including metaphors and stream of consciousness writing, but as the narrative progressed these diminished. And that was what made me say it starts out as literary fiction but turns into mainstream. I didn’t feel there were enough nuances or techniques at work throughout the novel to call it literary fiction

Obviously one metaphor doesn't turn a novel from mainstream into literary just as one swallow doesn't make a summer. The techniques that signal literary work aren’t only metaphors and lyrical language. There are many techniques – intertextuality, stream of consciousness, silence, repetition – but they are explanations for another day. Or another blog. Prose can also be literary because of the ideas it challenges or its philosophy.

I'm hoping others may want to share their views on differentiating between literary and mainstream.  Or disagree with me.  I'm open to both.