Because they don’t have chimneys!

A friend of a friend has just won the Henry Lawson Short Story Competition. Her name is Kerri Harris. Kerri’s winning story is online, which means that you can read it here, and I’m recommending that you do so.

I don’t know Kerri, but since reading Why Don’t Elephants Smoke I feel as if I do.

I thought, what an interesting title. It conjures up all sorts of images. (In my case they mostly featured elephants - lol - probably because I’m originally from Africa.) The story reads like memoir and opens with “When I was a girl, my father smoked Marlboro Reds”. This is clever. Immediately we have credibility.  And theme. And in that same first paragraph we're given an explanation for the story’s name. An awful lot of information is in that paragraph and yet at no time does it feel heavy-handed or verbose. What threw me right at the end of that para is the nerve of this kid. She admits to stealing Dad’s Marlboros and puffing away in the garage. Immediately I was in awe – I never did anything as gutsy as that – and then she ups the ante in the next paragraph by admitting she was 11. Hooley dooley. I think I was still playing with Barbie dolls at age 11.

There’s a lot to like about Why Don’t Elephants Smoke. Something that resonated with me is the mention of ashtrays. There was a time when there was an ashtray in every home whether it had smokers or not. Ours was made of marble and it was heavy. My sister once threw it at my head. She missed of course or I wouldn’t be here, well, not as you know me. I also enjoyed the reference to the ashtray where “you’d press the button at the top and it would whir and swallow the butt whole.”  As a child I was fascinated by this. I would wonder where the butt had gone and how I could find it again. It got me into trouble. “Get your fingers out of that filthy thing!”

Another bit I liked is the grandfather. Lovely description. My grandfather also died of emphysema, but my memories of him are very different from the writer's memories of her grandpa. As a POW in WWI he was gassed, and he would sit in a chair in the dining room -  where he could watch the comings and goings of the household - and wheeze. Occasionally he would reach with a shaky hand for his puffer and inhale with rasping breaths. It scared me. If I had to pass him, I would run. I can't imagine how he must have felt. I regret that now, and I’ve attempted to make amends by visiting Flanders and the poppy fields and by reading his letters home, trying to get an idea of the man I never knew.

Memoir like Why Don't Elephants Smoke illustrates that very often when we think we have nothing to say about our lives, we do. It’s how we say it that makes the difference, and this is where this writer succeeds. I’m hoping this is not the only bit of memoir we’re going to get from Kerri Harris.
Posted by K W George at 21:42 2 comments: 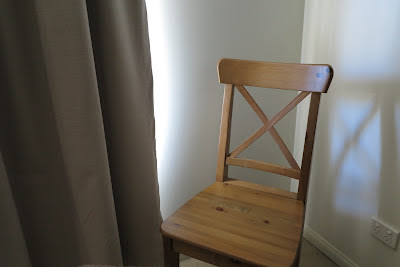 "There is nothing to writing. All you do is sit down at a typewriter and bleed." Ernest Hemingway

I started a novel late last year – let’s call it Breakthrough – and wrote three chapters for an assignment. My peers, who critiqued the work, were mostly complimentary. My tutor gave me a High Distinction and said it was spectacular work. I was very excited.

I did not make the mistake of telling people.  If friends asked me what I was working on I said I didn’t like to discuss it. The furthest I went was to write on my blog that “I was dabbling in the Gothic genre”. 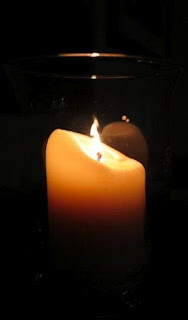 Now I’ve been back for over two months, and I’m still not writing. I may have written 2,000 words all told and they were hard and difficult words. I’ve written other things, a short story for instance, so I can still write. I just can’t write that story.

I’ve tried various things to get around this. I’ve sat down with my protagonist, her name is Hannah - it'a a palindrome (!) - and talked to her. I’ve approached the story from Part II. Then from the end. I’ve got up early in the morning and written the first things that came into my head – a writers’ block exercise.

In an effort to frighten myself I got out the manuscript I interrupted to write Breakthrough – let’s call it Meander – and looked at it. Told from multiple viewpoints it’s a very different story. I believe it has promise because I didn’t say when I was reading it, Arghhh, this is rubbish, although of course there were plenty of places where that applied. But Meander doesn’t have what Breakthrough has. Meander will only ever be an interesting, heart-warming story about relationships, whereas Breakthrough has the potential to be so much more.
After countless writing years and two completed novels and a degree in creative writing and two writing prizes, I shouldn’t need help. I should be able to do this on my own.