I’m in Europe.
I have to pause there and go, gulp. It's not everyday, or even every year, I get to go to Europe.
More specifically, I'm in Vienna. And a young man, kitted out in a red greatcoat with gold embroidery on the shoulders and sleeves, stops me in the square, known as Stefansplatz,  outside the cathedral. He's waving a leaflet at me. “Do you like music?” he asks.  I’m not sure why he addresses me straight off in English, perhaps I just don’t look Austrian.   “I love music,” I tell him, shrugging my shoulders, “but I’m a rock 'n' roll girl.”  “Then you are in the wrong city,” he says, just like that. I don’t respond but to me Vienna is about so much more than music.


It’s about Sigmund Freud and the artist Gustav Klimt, and the gothic St Stephen’s Cathedral. And St Peter’s and St Michael’s and the Frauen Kirche and many, many other churches, some gothic, some not, but all brilliant in their own way.


Vienna is about stunning architecture. 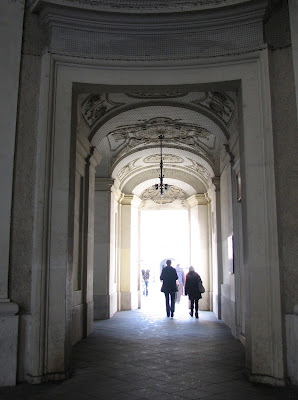 And vast open spaces which I have no hope of capturing on camera. 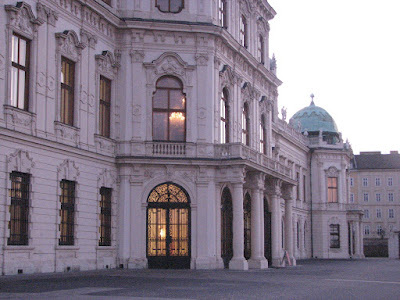 And Vienna is also about cake. 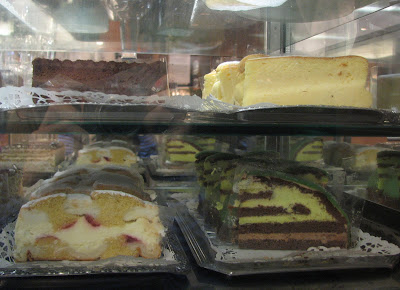 Viennese cakes represent what I have come to love about the city in the brief four days I’ve been here.  They’re elegant. They have poetical names like Sachertorte and Apfelstrudel. They are steeped in history. Viennese cakes are made to be admired. 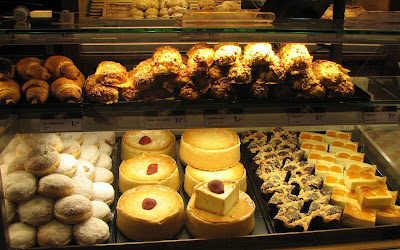 Yesterday, at Café Pruckel, I ate a cake called Topf Marille (if my memory serves me correctly). It consisted of a base layer of rich pastry, followed by a high filling, which was similar in consistency to thick custard but tasted more like creamy cheesecake, and was topped with apricot halves.  The cake was served on a plate, by itself. Less is more. I silently applauded the lack of cream, which is ubiquitous in Australia, and would have detracted from the taste. 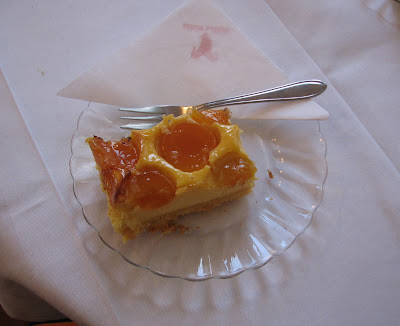