There's something about Melbourne

I’ve been lucky enough to spend a couple of days in Melbourne. 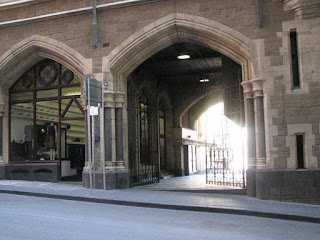 And I’ve been fortunate that during the day I was alone and could wander the streets of Melbourne at my leisure, with no set plan. 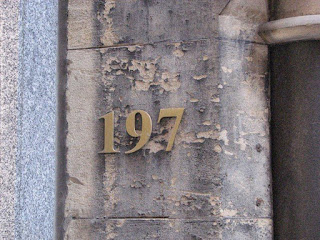 If someone else had been in tow it would have been difficult, especially when I wanted to do nerdy things like revisit a laneway to check if the light had changed. 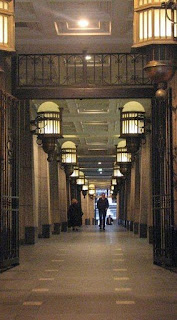 Or ask someone if I could photograph their shoes. 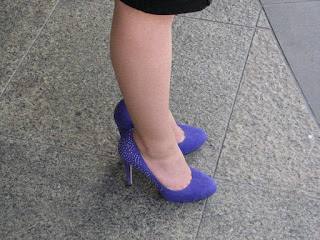 One of the things about photographing a city in which you don’t live, is that you can do it without being self-conscious. Being over fifty has its advantages, too.  Much of the time you’re invisible.  (I had heard that about being over fifty, but I didn’t believe it until it happened to me.  At first I was astounded. Then appalled.   Now I think it can be a good thing. Every so often, you understand, NOT all the time.) 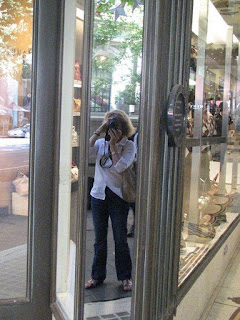 We lived in Melbourne more than ten years ago and I hardly ever went into the city.  I was too busy raising little tackers out in the leafy suburbs. (Melbourne suburbs aren’t all about eucalypts and bush fires, or drugs and crime.)  On this visit and other previous visits I’ve discovered its beauty. 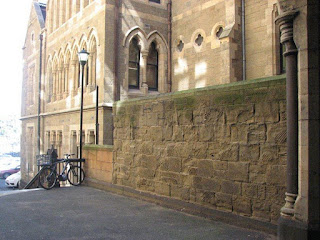 Melbourne has daylight saving.  The evening goes on and on and on and the darkness drags its feet.  There’s something romantic about that. 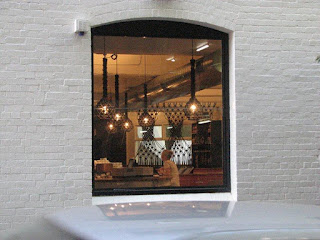 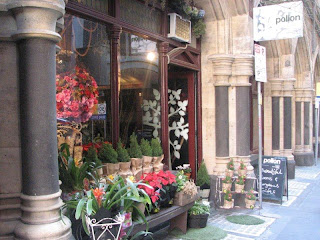 I sat on a tram with an elderly European lady and her husband. They conversed loudly, well, loudly on her part; he mostly said nothing, I think she said it all for both of them. Did you change your vest?  we’ll get off in William Street do you think Pia will remember the bruschetta? Anyway, they conversed in a foreign language. And I love that about Melbourne, that you are surrounded by any number of nationalities at any one time. 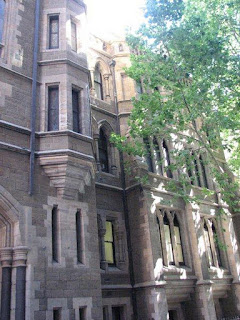 I’m writing this sitting in 530 Collins Street, a building that has an immense lobby – as tall as it is wide – and a little sparrow has just landed at my feet.  I wonder how he has learnt to negotiate the revolving glass doors? One of my favourite bloggers, Molly Wizenberg of Orangette fame, says she sometimes gets good value out of the photographs that don’t work.  I think that with this little guy. 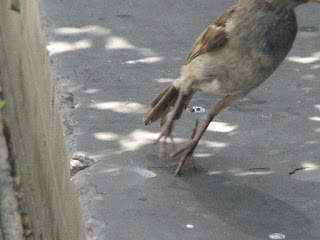 Oh, and by the way, you’ll notice a distinct Gothic angle to much of Melbourne’s architecture. 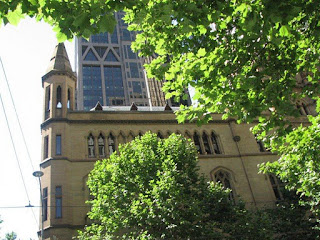 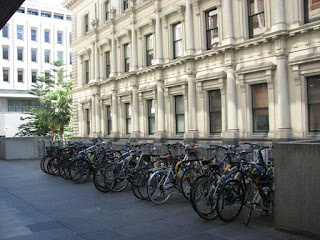 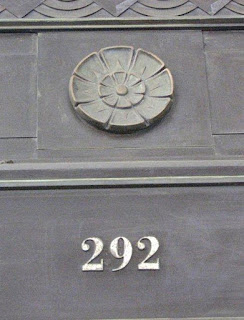 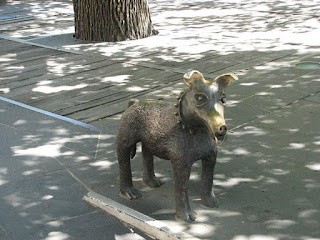 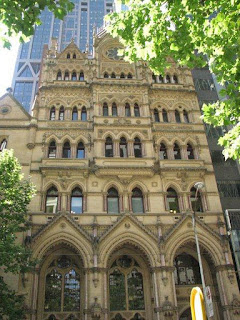 And all the time you thought my interest was just in passing.
Posted by K W George at 07:41